A new dual immersion language campus gave kindergartners and first-graders their first taste on Wednesday of a classroom where both English and Spanish is taught.

Roughly a third of the 180 students at Lucas are Spanish speakers who will be instructed in English half the day and Spanish the other half. A third of the students are from English speaking households who will receive split instruction in Spanish and English. Another third are from households where both languages are used.

The goal of CUSD at Lucas is to produce high-achieving bilingual students who have a greater appreciation for the other culture and language, less chance of dropping out and a higher interest in college.

“In this program we focus on academic achievement with all the English skills and all the Spanish skills,” said Israel Gonzalez, principal of the new school.

The district recruited outside the district to help fill up the classes.

Victoria Estrada of Stockton enrolled her daughter, Destiny Estrada, at Lucas for several reasons, mainly so she could become fluent in Spanish in an ever-growing Latino society. She was excited to learn about the opening of the new Ceres school, which is not far from her job as Head Start teacher at Wilson Elementary School in Modesto.

“I do want her to speak Spanish,” said Estrada. “I actually want her to speak multiple languages. So in Stockton she’ll soon be attended Chinese school in Saturdays so she can also learn Chinese. She’ll be very busy. It’ll be a benefit as she gets older and she goes to college and she finishes and needs to travel outside the country or wherever her life takes her. I think it’s very important that she knows a variety of languages and experiences.”

In recruiting families to join in the program, Gonzalez sought a commitment of parents to keep their children in the school between six and seven years.

According to Gonzalez, studies have shown that the traditional model, where Spanish students are pulled out for English as a Second Language (ESL) instruction are not as academically prepared as under the 50/50 dual immersion program. His goal is to have bi-literate students by the time they’re in the sixth grade.

The school plans to add grades in subsequent years until Lucas is a K-6 campus.

Gonzalez listed a number of other advantages for students who will be enrolled in the 50/50 program at Lucas. He said they include:

• Increased cognitive skills to “think outside the box”;

• Increased job opportunities as an adult since they can speak both languages fluently;

• Fluency in both English and Spanish by sixth grade;

• Lowering drop-out rates among Latino students from the current 20 percent;

• Developing a higher interest in attending college or university;

• Fostering an appreciation for other cultures.

“We have a lot of ‘Spanish’ kids who don’t speak Spanish and are seeing an interest from them as well. There are kids growing up here without the Spanish but parents want them to learn Spanish.”

CUSD officials say it may be problematic with English-only parents when it comes time to helping their students with the Spanish portion of their homework, and vice versa. To help with that, CUSD is considering a parent academy, said Gonzalez, to provide useful tips to help their children. 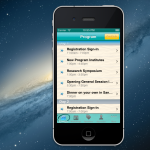